Gold was first discovered in the area up Buckskin Gulch.  Buckskin Joe was the first town site in the area.  Many hard rock mines were opened on Mts. Bross, Lincoln, and Democrat.  In the early 1870’s the population of the area referred to as the Mosquito Range Mining District was approximately 10,000 people.  The Boston Colorado Smelting Company and the Fanny Barrett Smelting Company both set up smelting operations.  The camp around the smelters became very populated.  On December 2, 1873 a group of smelter employees petitioned the Park County Commissioners for incorporation as a town.  The Town of Alma, named after the grocery store owner’s daughter, held its first “Town” meeting on December 4, 1873.

The town meeting minutes from that first meeting in 1873 until July, 1881 can be found in Town Hall.  The minutes are hand written in true calligraphy style.  W.C. Morgan served as the first mayor.  One of the first projects of the town was to build a calaboose (jail).  The minutes reflect the personality of the inhabitants.

The Alma Town Hall is listed on both the State Historical Register and the Park County Historical Register.  It is the restored building that once served as the Alma School.  The original Alma School, which was located on the corner of Park Hill & Main St. burned at 4:00 pm on May 15th, 1928.  Construction on the new school was begun that summer and for the most part was finished by the time school began that fall.  The mission style building originally consisted of two rooms upstairs and the bell tower.  The north and south additions were added around 1930.  All of the original lumber in the building is local pine and was milled at the Miller Lumber Company of Alma.  Even the tongue & groove flooring was milled in Alma.  The oak flooring was added in 1948.  In 1962 the Fairplay high school was built.  The school district closed the Alma school and all Alma children were bussed to Fairplay.  The Town purchased the building from the District in 1967 for $1.00.  It was remolded starting in the 1980’s and currently serves as the Town Offices, the Marshal Department, the Library, and the Town Community Center.  It is a true example of preservation with a purpose.

The Alma Community Church, affectionately referred to as the Stone Church, was built in the summer of 1936 primarily using volunteer labor.  It has always been a community owned non-denominational religious and community center.  All money and materials for construction were donated.  The entire basement was dug in the first week of construction.  The inside consists of an auditorium, stage area with a baptismal unit, and four small classrooms.  Unfortunately, very little maintenance has been done over the years and the church had fallen into great disrepair.  In 2005 the renovation was completed thanks to a grant from the Colorado State Historical Society.

The Alma Ladies Aid Hall has been a structure of many uses.  Built in the 1870’s, it originally served as an office/scale house for the Boston Colorado Smelting Company.  During war times, groups of women, under the auspice of the Confederate Ladies Aid Society, came together to support the war effort making bandages, sewing clothes and whatever else they could do.  It has since been used as a theater, a dance hall, church services, box suppers and general refuge for lost souls.  It is the hope of the current administration to restore it as a theater and community center.

The Schwartz Hotel, built in the 1890’s, was originally a boarding house.  One of the owner operators was Mrs. Schwartz, thus the name.  The foundation is that of a casual stone foundation typical of the period.  The original structure housed 8 bedrooms.  A covered walkway extended north from the building to the out houses.  All evidence points to the fact that the building has always been yellow.  It is currently owned by Rita and Carle Zimmerman.  They offer it to artists, music groups, and others as a large group retreat/conference center.

The Paris mill, currently owned by the Chiwawa Mining Co., was originally built in 1895 to mill ore mined at the Paris Mine on Mount Bross which was opened in 1883.  In 1898 a tramway was constructed with a hauling capacity of 50 ton from the mine to the mill.  The mill ran sporadically from 1896 to 1935. After 1935 the mill ran for promotional reasons with no true ore production.  The mill is equipped with a stamp mill, a ball mill, and a rod mill.  The Paris mill was placed on Colorado Preservation, Inc.’s most endangered places list in 2004.

The current population of Alma is around 235.  It is a tight knit community with most of the citizens commuting to Summit County for employment.  In 1996 a group of “Placer Valley Moms” took it upon themselves to seek funding from Great Outdoors Colorado, GOCO, to build a play ground for the children.  When I started working for the Town in 1997 my first direction was to find monies for a basketball court and public bathroom.  The entire population of children at that time was eleven.  The older three held a bake sale and raised about $86.  I could not find anyone who would grant us money for our project until I enlarged the whole thing and added a skate park and tennis court equipment.  GOCO and the Alma Foundation helped to fund our $55,000 project.

Tragedy often creates good.  In 1998 Tom Leask went on a rampage destroying many town buildings and killing Willie Morrison who years before had served as town mayor.  The Alma Festival in the Clouds was started to celebrate art, music and children which were Willy’s primary focus.  The Willy Morrison memorial stage was built with very little cash outlay.  Most of the labor and material was donated.

Current projects of the Town and the Alma Foundation include the riverwalk project and the Mosquito Range Heritage Initiative.  The riverwalk will incorporate the serene aspects of the Middle Fork of the South Platte with historical and educational signage connected with a combination boardwalk and graveled trail.  Mining equipment will be put on display to relate the mining heritage of Alma.  The Mosquito Range Heritage Initiative is a collaborative effort of many entities including the Town of Alma, the Alma Foundation, Park County, the Forest Service, the BLM, the State Department of Minerals and Geology, the Coalition for the Upper South Platte, the Division of Wildlife, ATV clubs, 4-Wheeling clubs and many more.  The goal of the project is to define and create a system of designated trails to provide access to historic and cultural areas of the Mosquito Range.  Work is just beginning on this initiative.  Anyone wishing to become involved is welcome.

The Town of Alma is a true community.  The citizens of not only the town but of the surrounding sub-divisions, including Placer Valley, join together many times a year to celebrate the joy of living in a small mountain community.  Everyone is accepted as long as he accepts all in return.  The town, even though it was named for an individual, truly can relate to the Spanish definition of alma meaning soul.

Visit the Town of Alma Facebook Event page to stay up to date on all town special happenings. Click on the button below to follow the link 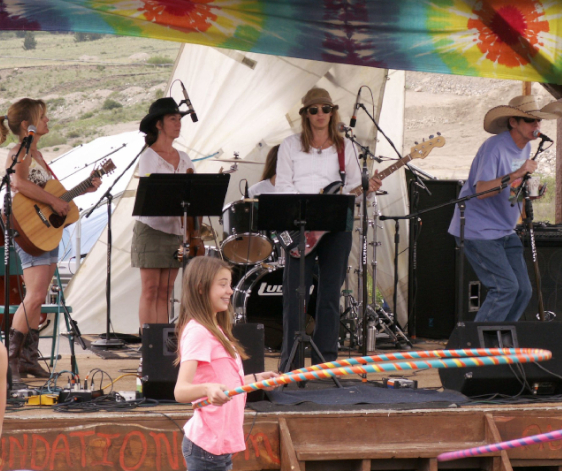